Revisiting the Islamic Spirit: Women at the 2009 RIS Convention: Part 2

This is part two of Krista’s review of the Reviving the Islamic Spirit Convention. You can see part one here.

Dr. Zainab Alwani, an Islamic studies professor and community activist, was the second of the female speakers, on a panel entitled “The Apple’s Rotten Core: The Social Implications of Domestic Violence.”  She listed a number of statistics related to domestic violence, including that an average of four women in the United States die every day because of domestic violence.

Alwani was clear that domestic violence constitutes oppression (zulm) in Islam, as an act that violates sacred laws created to protect the rights of spouses and children.  She listed a number of different forms that domestic abuse may take, including emotional abuse, using children against spouses, using male privilege, financial abuse, sexual abuse, and name-calling or making fun.  She pointed to the murder of Asiya Hassan by her husband, and the murders of Amina and Sarah Said by their father, may they all rest in peace, as some of the more high-profile examples of where domestic violence within our communities can lead.

The solutions that Alwani proposed for addressing domestic violence included looking to the example of the Prophet (pbuh) and to the Qur’an for guidance, and remaining aware of the importance of accountability within Islamic law.  She encouraged friends and relatives of people being abused not to be afraid to step in and help where possible.

Aisha al-Adawiya, founder of the social justice organization Women in Islam, started things off on the final morning of the convention, in a session called “Freeing Our Mosques.”  She did not hold back in her thoughts about the need for massive changes within mosques, and I was surprised (but very glad) to see such bluntness about this issue expressed within a fairly mainstream Islamic event, and to see the enthusiasm of the audience for al-Adawiya’s arguments.  Al-Adawiya reminded us of the time of the Prophet (peace be upon him) where there were no walls or curtains in the mosque to separate women from men.  She then talked about her own experiences as an African-American, having been involved in the civil rights movement, and becoming Muslim as an adult, arguing that she did not become Muslim only to have to “sit at the back of the bus,” and that Islam is meant to be a liberating force, not one of re-enslavement. 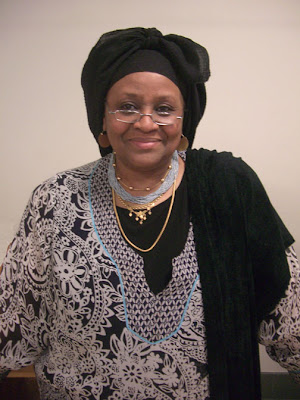 Al-Adawiya claimed that the North American Muslim community is regressing, and that while she used to spend a lot of time in the mosque when she first became Muslim, she finds many mosques to be increasingly unwelcome to women.  Because of this, she argued, many women are no longer going to the mosque, and because of this, many children are also no longer being brought to the mosque; the lack of strong women involved with mosques will also have an impact on the involvement of children. She later talked about how many Muslim women are in positions of power in their workplaces, even running their own organizations, and won’t settle for a second-class status within the mosque, again leading to fewer women attending, and to a brain drain, with some of the most intelligent and capable community members leaving the mosque.  This, al-Adawiya made clear, is not only discrimination, but also detrimental to the community as a whole.

In her recommendations at the end of her talk, al-Adawiya encouraged brothers not to be afraid of strong women, and families to raise men who are accustomed to seeing strong women.  She argued that women need to have space to sit near the front during lectures and other mosque events, even if they continue to pray behind men (a principle that she didn’t challenge.)  These changes, she contended, come not as a feminist statement, but as an Islamic statement.  (I was a bit concerned by this last part, since it seems to devalue feminism while it emphasizes the importance of gender equality as integral to, instead of outside of, Islam.)  Al-Adawiya’s conclusion challenged women to claim our right to inclusive mosque spaces, and I came out of her talk inspired to re-visit conversations I’ve had in the past about doing just that.

All of that was an extra long-winded way of saying that, while the number of female speakers at RIS could still be much higher, those who were there brought much wisdom and inspiration.  Here’s hoping I’ll be back next year with an even more positive report, insha’Allah.