Revisiting the Islamic Spirit: Women at the 2009 RIS Convention: Part I

This is part one of a two-part series reviewing the Reviving the Islamic Spirit Convention. Stay tuned tomorrow for part two!

Before I go further, I want to be clear that this is always a very impressive conference, with a lot of inspiring speakers from very well educated scholars.  I always hear a big range of estimates of how many people attend, but I think this year’s attendance was around 15,000, which is pretty huge, and makes it a great way to meet other Muslims from here and abroad (including MMW‘s Safiyyah, who came all the way from South Africa!). A whole lot of people work hard every year to make this conference happen, and their effort is much appreciated.  I’m saying this because I want to make a distinction between pointing out the flaws or areas for improvement versus giving a negative impression of it altogether.  I loved the conference, and I’m glad I went, but none of this means that it can’t be pushed harder to include an even more representative roster of speakers.

Good news first.  This year’s RIS Convention included three female speakers: Tayyibah Taylor, Zainab Alwani, and Aisha al-Adawiya.  This represents a higher number, and a much higher quality (in terms of their contributions to broad discussions of Islamic spirituality and ethics), than last year’s two female speakers.*  The content of their speeches was at the same level as many of the male speakers in their depth and subject matter. While some did share personal stories, all of the female speakers spoke more generally about broader community issues, and all seemed to receive a high level of support from audience members.  Although most of their talks were focused on gender issues to some degree, hijab was barely mentioned. How refreshing!

So, things are better, and significantly so, alhamdulillah.  Having said that, they’re still far from perfect.  Women were still a very small minority (representing three out of a total of 20 speakers listed in the program), each woman spoke only once (unlike several of the male speakers), and the program listed eleven speakers for the closing session, none of whom were women.**  The presence of these speakers still seems somewhat tokenistic, as if they are a sideshow to the main attractions.  Perhaps my biggest concern was that two of the three female speakers were the first speakers of the day, at 10:00am on two different days.  When the conference is going until after 11:00 each night, the majority of people don’t make it back for 10:00 in the morning.  I hope that the placement of the two women so early in the day was a coincidence, and that it doesn’t reflect a lack of respect for the speakers themselves (or an assumption that attendees won’t care about missing them). The placement resulted in a much smaller audience for these speakers than some of the afternoon speakers, and I was disappointed that more people weren’t there to hear their words. 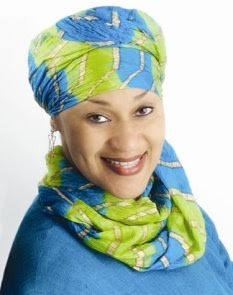 Photo of Tayyibah Taylor. Via the Muslimah Writers Alliance blog.

Tayyibah Taylor, founder of Azizah Magazine, was the first of the three to speak, as part of a session entitled “‘The Believing Men and Women are Each Other’s Protecting Friends’: Men and Women United for Change.”  She outlined five “C” words that we need to focus on when working together: clarity, critical thinking, communication, and consultation. For critical thinking, she talked about the need to be aware of how misogyny has been woven into the practice and theory of Islam in many communities.  She gave the example of the many people who say that women and men should be kept separate at all times, arguing instead that Islamic principles of modesty and behavior are what will establish appropriate relationships within mixed company.

Taylor talked about communication, with an emphasis on awareness of the words that we’re using.  In particular, she argued that, while some might say that gender-neutral language isn’t important, inclusive language could “open up possibilities for women,” and make it clear that women and girls have a place in the discussions.  (Sadly, virtually every speaker for the rest of the conference used exclusive gendered language in his or her speeches).  In regard to consultation, Taylor spoke about the benefits of working together as women and men, which will produce something better than a single-gendered body would.  Finally, Taylor talked about the need for concrete change.  She pointed to the high number of mosques in the Toronto area, but asked what their accomplishments were if many of them alienate women or youth?

*I say that with some hesitation, as I don’t mean to diminish the contribution of Monia Mazigh, who is amazing and gave a very inspiring speech last year.  However, she was invited to speak about very specific experiences, which left the heavier Islam-related topics entirely to the male speakers.  This isn’t Mazigh’s fault, but reflects a stark division in the ways that male and female speakers were given space to speak at the conference.

** I was helping a friend during this session and was unable to attend it, but I heard that at least one woman was present on stage for it.  That is good to hear, but doesn’t completely make up for the fact that it doesn’t appear that any of their names were seen as worth listing in order to draw people to that session.