In the past few days, the Spanish media has been reporting on the case of a Moroccan woman in Spain who was bitten by her husband for refusing to wear hijab. The case of the unnamed woman has surprisingly made it to the media, where the other 36% of the domestic violence cases involving immigrants are never reported. 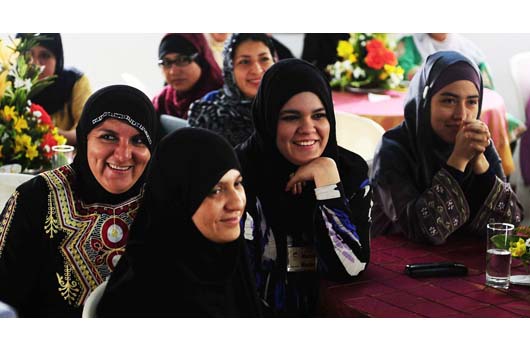 The partner, who has been detained, taken into custody, and condemned to two years in prison has been reported to be somehow shameless in his attack in not denying the charges, and careless in that when police came to his house, he was looking after his 12-month-old son and acting “as if nothing had happened.”

In most articles, the nationality and religion of the attacker have been highlighted with bold letters and her refusal to wear hijab (which in some articles is defined as a head scarf, while in others is confused with the niqab) are also cited as source of controversy within the larger Spanish community.

Questions on how to save the victim from the patriarchal context where she comes from and how to make sure that the abusive partner is properly punished are sometimes ignored in other contexts, for instance where attackers belong to higher economic classes, are part of the “dominant” ethnic group and the mainstream religion.

While some efforts have been made to draw parallels between the victim of this attack and hundreds of other victims (Muslim and non-Muslim), domestic violence cases are rarely reported in Spanish papers. When they are (like in this instance), they seem to point at deeper issues, supposedly more “worrying” than domestic and gendered violence, like immigration example and the “import” of Islam to Spain.

At the same time as this issue was reported, the Ecuador’s El Telégrafo issued an article on the growing female Muslim population in Ecuador. This article describes the experiences of those Muslim converts who “surprisingly” have decided to wear hijabs and abayas, change their names and, oftentimes, leave behind Christian communities.

This article came due to the First Female Islamic Congress in Guayaquil, Ecuador. The congress aimed at looking at the situation of Muslim women in the area and to educate the community on Islamic issues. The conversion of women to Islam in Ecuador, and perhaps in many other countries in Latin America, is treated as a novelty, and much of the article comments on what these converts wear, eat, drink and do for fun.

What seems to be new and exotic about women’s conversion to Islam in Ecuador seems to also present a paradox in the case of Spain. The author expresses surprise in learning about the women’s background (mostly educated women are interviewed); the further changes they have undergone in order to satisfy what they consider to be “Islamic duties,” is seen to to point to the fact that these are women deciding to shift towards a “patriarchal culture.”

While in Spain the situation is a bit different due to immigration and the political issues going on all through Europe, Muslim women are at the center of the debate in many aspects, even in matters of feminism (where this author thinks that feminists have no interest in helping women, only a fascination with Islam).

When it comes to female converts to Islam or in the Spanish and Latin American context, or Muslim women who move there and continue to practice Islam, many debates seem to ask: are Muslim women shifting society towards a “worse” patriarchy?  While issues of sexism in Islam are indeed important, these questions also end up taking attention away from the widespread domestic violence that happens across societies, whether Muslim or not.