As most people reading this probably know, it’s Ramadan, which brings some combination of fasting, iftars, overeating, praying, partying, and so on.  In the world of online media, many of us have come to expect the yearly collections of photographs (such as those from the Washington Post and the Boston Globe), as well as written reflections on the meanings and practices of Ramadan.  Below are some selections of Ramadan writing from the blog world, for your reading pleasure. 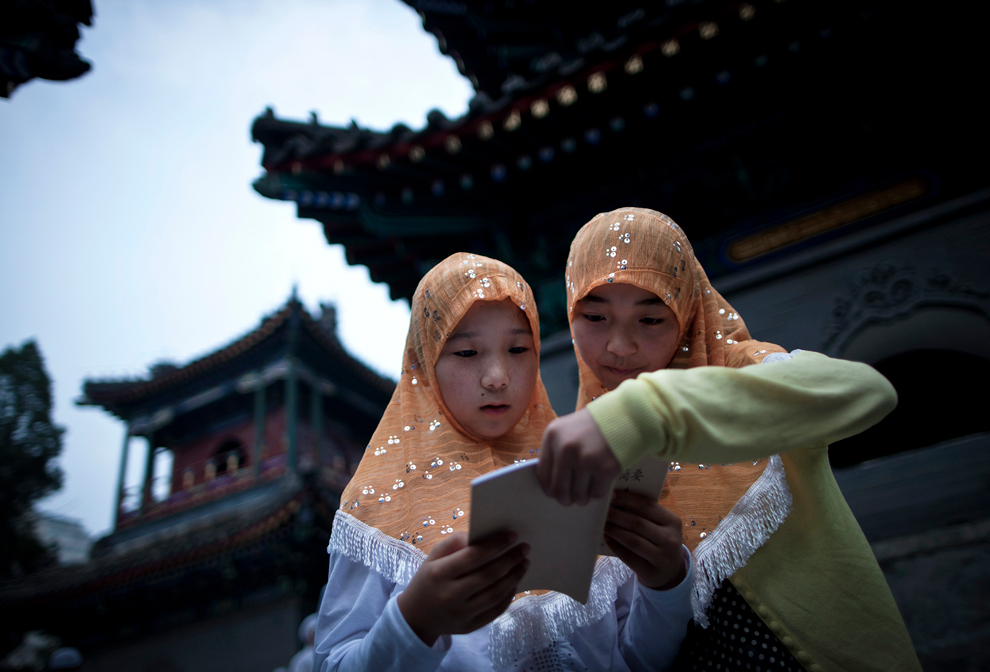 Over at Beliefnet, MMW‘s own Samya shares her thoughts on the commercialization of Ramadan.  She writes:

When we were children, we used to play outside our houses one hour before Iftar, just to be able to hear the thunderous boom of the Ramadan canon. Every one of us wanted to hear it first to be the first to deliver the news to the family inside the house. We used to wake up for Suhoor on the voice of the “Msahharati”; a man with a drum and a stick who used to wake up people to have their Suhoor, recite some Quran, and then head for the Fajr prayers.

If the 24/7 grinding commercialization machine is to blame for us going off the true Ramadan track, it is television that stands at the center of that machine. I remember in the past, production was meant to entertain Muslims fasting in Ramadan until Iftar time. Today, production aims at “distracting” Muslims from doing their religious duties, by keeping them awake late at night to watch soap operas that are exclusively produced for Ramadan.

Baraka reflects on lessons learned from not being able to fast:

When I started practicing again ten years ago, I picked up fasting too, but it was a chore to get up, to force myself to eat before stumbling back into bed for a brief, bloated sleep before dragging myself into work. I didn’t grumble verbally, but spiritually I most certainly did.

And then I was diagnosed with an auto-immune condition and fasting was no longer an option.

It was then, of course, that I began to fall in love with God and to finally realize how dear each fast is, how precious each Ramadan is. The thought of all those Ramadans that I had voluntarily let slip away horrified me. Every time I read stories of the sahaba and others who fasted well into old age and infirmity because they understood that each fast was a priceless gift, it made me cringe at my own stupidity.

And an oldie but goodie, Mohja Kahf’s Soccer Mom Ramadan:

So sometime when the moon is high, you catch a few winks. Then you wake up, not before sunrise but before dawn which, in case you’ve never been up then, folks, is a whole lot earlier. That’s when you grope groggily for something to sustain you through the fasting day. Some annoyingly chipper Muslims buzz about bright-eyed, making an actual four-square meal in the ghastly dark.  At the other end, some lazy bums skip it, which I don’t allow my husband to do at our house. Somebody’s got to hydrate the teenager.

On the other hand, the man is on his own when I and my teenager are on our periods.  Waking up to make pre-dawn meals for others during the one week when you get a break from fasting is beyond-the-pale Suzy Homemaker behavior, in my book. My period always comes right after I’ve finished indoctrinating the department staff about all the challenges of Ramadan, but haven’t thought to explain the exemption for menstruating women. Chad, the office manager, is shielding me bodily from the brownies, bless his heart any other day, but today I’m trying to reach around him for them. They’re walnut.

“No really, I can eat this week,” I insist.
“Sure, Mohja.” Chad raises an eyebrow. “Riiight. Listen, I won’t tell if you want to cheat.”
Why isn’t this stuff in a sitcom?

What else have you all been writing and reading this Ramadan?

Grappling with my Muslim Identity during Ramadan
June 13, 2018