The BBC is airing a six-episode television series, called Muslim Driving School, about Muslim women who are learning to drive. The show purports to not only follow these women as they learn, but to provide an insight into their inner lives. 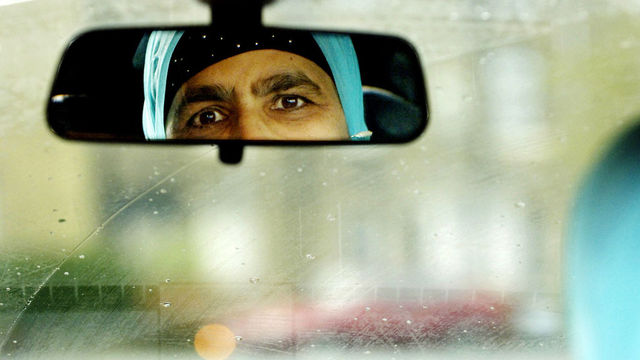 Muslim Driving School is billed as being about British Muslim women, but from the introduction onward, a narrower focus is introduced–a focus on mostly Asian Muslim women, from what are described as “traditional” Muslim communities, living in northern mill towns such as Bradford and Burnley. The publicity describes the show as an “intimate and revelatory insight” into the lives of the women featured. Throughout the show there is an unambiguous depiction of the women and their lives from the standpoint of an outsider, represented for the consumption of other outsiders. The minor details of their lives are held up as revelation, while a distanced appraisal of an ostensibly alien culture is supposedly intimacy.

The terms “Asian” and “Muslim” are used interchangeably throughout the program. Asian women’s husbands make choices for them, Muslim women do not speak to men who are not part of their mahram – generalizations are used to paint the group as a whole in broad brushstrokes, while a series of exceptions to the rule are presented. At one point an imam is brought in to tell us that he thinks that Muslim women should have the right to drive and the right to work, as though these are revolutionary concepts for Muslim women or there aren’t any number of religious scholars, both today and throughout history, who haven’t agreed with these concepts. These particular women are shown as being part of a vanguard of change, a change catalyzed by the influence of British society.

Driving is explicitly presented as being about more than pleasure or transportation, as the narration gushes about the “revving engines” of “revolution” sounding across the country. In relation to Muslim women, it seems, driving should be perceived differently – not a “pleasure pursuit,” but a route to social and economic independence, something that is shown as being rare or absent in the past.Driving is seen to be not only a freedom, but a symbol of and a model for wider freedoms being attained by Muslim women, a particular generation of Muslim women, and a particular generation of immigrants.

Taslima (pictured above left), a 58-year-old grandmother who came to Britain from Pakistan to be married at 13 is learning to drive in order to be able to provide transportation for her ill husband–after he had previously told her that there was no need for her to learn to drive when he was able. Zaida, a driving instructor who runs a school with her husband, pushed past her family’s objections and learned to drive as teenager, turning her passion into a career, specializing in teaching women to drive, but she explains her student Taslima’s lack of confidence on the road as being a sympton of a wider lack of assertiveness and inability to make firm decisions, not only in Taslima herself, but in Asian women as a whole. She insists that her children will have the ability to make choices she wasn’t able to.

Samia is an effusive eighteen-year-old who has recently gotten out of a failed arranged marriage in Pakistan and now wishes to have her own car. Aysha (nee Stacey, pictured right) stands alone as an example of British culture being affected by (a) Muslim culture. She’s moved from a life of “drink and drugs” to embracing religion and becoming a part of the family of Korsa, her driving instructor. The show is markedly ambivalent to Aysha’s choices, in comparison to the overwhelmingly positive portrayal of the other women who are shown to be becoming more anglicized, at one point asking if she wears the niqab in order to crush “Stacey,” her previous self, and highlighting her estrangement from her mother.

Subsequently, Muslim Driving School represents a narrative of Muslim women gaining forward momentum–the evolution of a feminist sensibility shaped by the admixture of an intrinsically “traditional” Muslim culture and an apparently liberal British culture. But ultimately, the focus on driving as a mechanism for change is a stretch.

Muslim Driving School is available to watch for U.K. residents on the BBC iPlayer here and here. The third episode will be airing on BBC 2 at 22.00 on Tuesday.