Natasha Bakht, a law professor at Ottawa University, has recently published a book called Belonging and Banishment: Being Muslim in Canada. I haven’t gotten my hands on the book yet, but from an article published in the Toronto Star this past weekend, it looks promising.

Bakht describes her book in the Star article, saying:

I wanted this book to portray a diversity of views. The things (contributors) have chosen to write about appear to be things that have been thrust on Muslims, like the war on terror, but other things are things you don’t hear about, like what it’s like to raise Muslim children or to be a scientist and Muslim.

Her own piece focuses on recent cases involving headscarves, which are being portrayed as inherently dangerous to their wearers (as in cases of scarves being banned from sports, despite, as Bakht mentions, the total lack of any hijab-injury precedents to warrant all the concern). She also looks at how the discussions around women in niqab having to show their faces to vote in Canada positions such women as potential threats to Canadian politics. She seems to argue that this represents a shift in stereotypes of Muslim women, from passive victims of oppressive Muslim men to aggressors against Canadian democracy; I would add, however, that imagery of the “veil” as dangerous and threatening also has a long history. Either way, the questions that she poses and the nuances that she explores in the media representations of headscarves sound interesting and worthwhile. 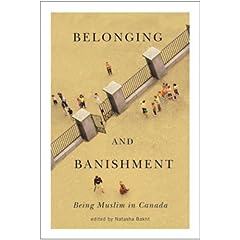 I especially appreciate the way that the article – and, from the sounds of it, Bakht’s book – emphasizes first and foremost that “Muslim” is a tricky identity to define, and that there is no straightforward answer to the question of “who is a Muslim?” As the article’s author writes, “the Muslim community is far from the unified group the media makes it out to be.” The particular attention to the media’s role in constructions of Muslim identity is a welcome acknowledgement in the pages of a national newspaper! Bakht also brings up challenges to the ways that members of a minority group are so often assumed to represent the entire group.

Bakht’s response to the question of whether “multiculturalism in Canada has gone too far” is refreshing: she challenges the premise of the question, and the assumption that it is only immigrant communities who bring sexism into Canadian society. After elaborating on that explanation (including an acknowledgement that sexism does exist in many Muslim communities), she also mentions the polarizing effects that such discourses can have, and that the resulting feelings of alienation Muslims experience can have “side effects that the media doesn’t understand.” Although the article doesn’t expand further on this point, it was interesting to see an allusion to the effects of harmful media representations, rather than stopping at an analysis of why they’re problematic or racist. On the other hand, it would have been interesting to see an additional challenge to the understanding of “Muslim” as an “immigrant” identity, since although this is the case for many people, it still presents Islam as always originating outside of a “Canadian” identity.

All in all, this article’s short discussion of Bakht’s book suggests that the book will be a welcome addition to the literature out there on Muslims in Canada (or in “the West”), especially through its emphasis that the topic encompasses a group of people much too diverse to capture in a simple description.