A Halloween-themed comic by R. Stevens. Via Islamify. 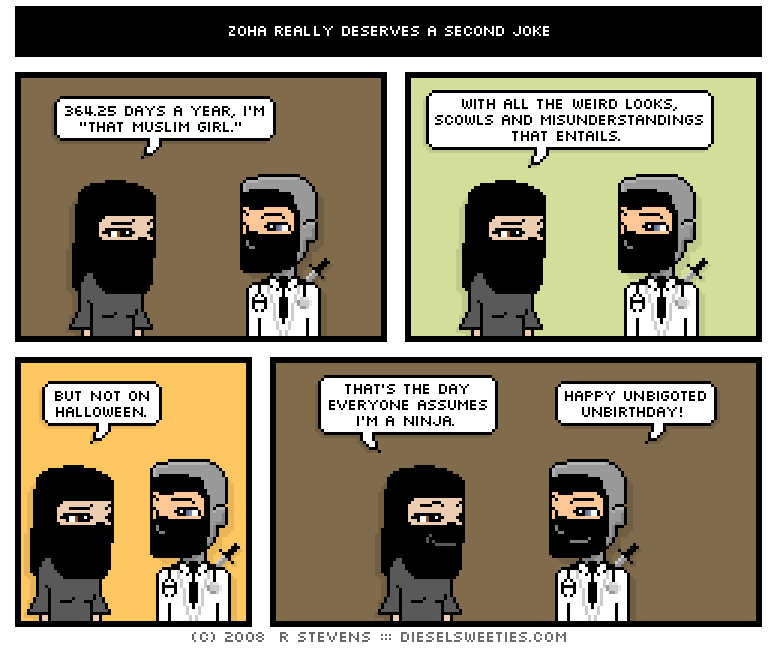