Al Jazeera profiles two women who are refusing to stay silent about their rapes: 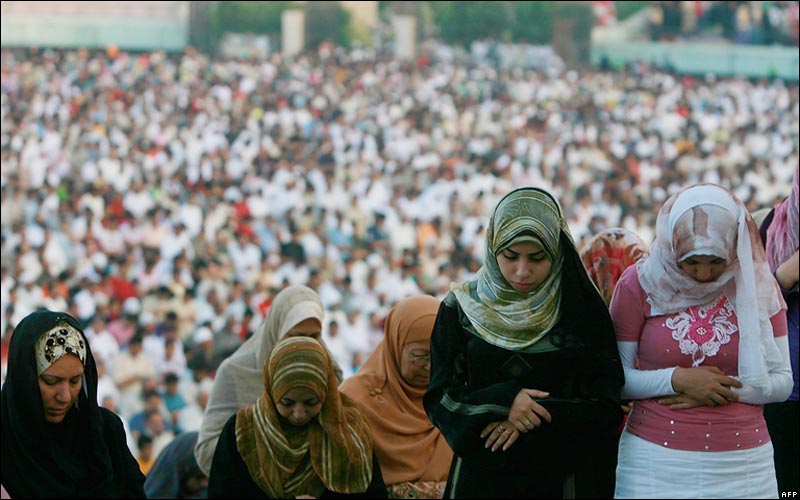 Egyptian women take part in mass congregational prayers marking the end of the Muslim holy month of Ramadan, at a stadium in the Nile Delta city of Mansura (Photograph: Khaled Desouki/AFP). Via BBC.