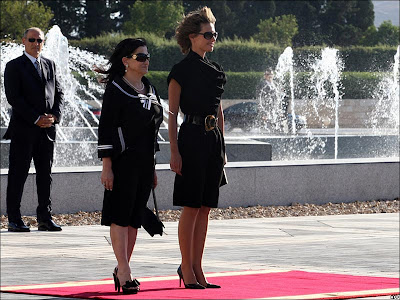 And, after all those links, here’s a little comic relief that I saw on Izzy Mo’s Blog. It’s a video of a man protesting the oppression of men in Islam: